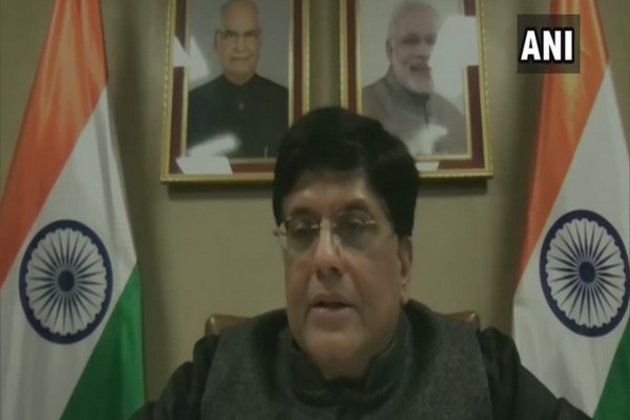 India gets support for TRIPS waiver from 57 nations

Speaking at the sixth edition of the International Conference on Pharmaceuticals and Medical Devices Industry - 'India 2021 and India Medical Devices 2021' via video conferencing, the Union Minister invoked to make next decade the decade of India.

He further said that India along with South Africa is at the forefront, in a proposal introduced in October 2020, before the WTO in the TRIPS council, for a waiver during COVID-19 to allow more countries to get equitable access to medicines. "We now have 57 WTO members supporting us," he said.

Calling upon the pharmaceutical industry to show a big heart across the world and support the TRIPS waiver that India has proposed at WTO, he said that this will help the entire world come out of the pandemic much faster.

The Minister said that the proposal has put the developed world under pressure, who are trying to protect the interests of some pharmaceutical companies.

"India has seen golden period for healthcare in last few years. Can we make next decade the decade of India where we decide that between 2021-2030 entire world should be following Indian standards?," said the Union Minister.

Talking over the achievements of the Indian pharma industry during the COVID-19 pandemic and the speed with which they produced the vaccines, he stated that "The pharmaceutical industry is the class example of the glass half full. You have done wonderful work. The nation and world will always be indebted to the Indian Pharma Industry, often called the 'Pharmacy of the World'. But I could even call it 'Health Capital of World'.""And more so, the contribution that Indian Pharma companies provided to the world. Also, because I can see, that very soon given collective efforts of the industry, all the stake-holders, the minister and his ministry and the entire Government of India support and the blessings of Prime Minister Narendra Modi put a very very bright future for your industry," he added.

Prime Minister Narendra Modi has been lauded by the global leaders as India continues to lead in assisting countries with vaccines.

"Can we take it upon ourselves that this is going to be defining decade both for the pharma industry and the country as move forward to truly achieve the rightful place of India in the comity of nations?" asked Goyal.

More than 25 nations across the world have already received Made-in-India vaccines and Forty-nine more countries will be supplied in the coming days, ranging from Europe, Latin America and the Caribbean to Africa, South-East Asia and the Pacific Islands, he announced. (ANI)